Gunilla Mann was born in Gothenburg and grew up in the districts of Majorna and Masthugget. She was schooled at the Gothenburg Craft Association in 1962–67 and at Börje Hovedskou’s famous School of Painting in 1968–77, which was later to become the Gothenburg School of Art. For many years now, Gunilla has been living in beautiful Österlen in southeastern Scania and on the ever-vibrant island of Södermalm in central Stockholm.

Gunilla’s paintings, lithographs, fine art and gouache works have been called both colouristic masterpieces and depictions of folklore. She is well-known for her very own naïvistic narrative style, characterised by a meticulous attention to detail.

Her assignments have been many and varied over the years. Among them, the following are particularly worth noting: Christmas Artist of the Year at Systembolaget – the National Wines and Spirits Monopoly – in 1992, embellishing all of Systembolaget’s 800 shops around the country; the oil painting Göteborg mitt hjärtas stad, specially produced for a backdrop at the Opera in Gothenburg in 1994; a special edition of lithographs for the World Athletic Championships in Gothenburg in 1995; the anniversary oil painting Snurra min Jord created as a backdrop at the People’s Hall in Stockholm in 1998; a special edition of lithographs Husen i våra hjärtan for City Properties of Malmö in 1999; lithograph collections for the Swedish Cooperative Federation’s magazine Mersmak in 2002; the oil painting Stockholm mina drömmars stad for the Swedish Cooperative Federation in 2003; lithograph collections for Ljungby Art and Culture Committee in 2004; a collection of lithographs called Studentbo for the student housing company AF Bostäder in Lund in 2005; the oil painting Vaxholm den lilla skärgårdsstaden for the Confederation of Swedish Enterprise; and the oil painting Där livet leker for the Municipality of Växjö in 2007.

In 2008, the City of Malmö purchased the oil painting Framtidsstaden, which now hangs in the entrance to Malmö City Hall. In 2009, Lundbergföretagen AB acquired Norrköping staden vid strömmen, and the oil painting Varberg Sveriges kurort was sold to a private buyer.

In 2012, the magazine Hemmets Journal used Gunilla’s paintings in its calendar. In 2014, Gunilla was commissioned by the Union of Commercial Employees to make an oil painting in a format larger than ever before, approx. 275 x 100 cm. In 2015, Vellinge Municipality purchased the oil painting Livsglädje i Höllviken, and in 2016, Gunilla was given a special order from a private person to paint Weltstadt Berlin – a vibrant depiction of Berlin’s history and the Berlin of today.

In 2017, Gunilla worked with several commissions, and during the spring several new lithographs were added, including Söndagspromenad på Strandvägen, Nya framtidsstaden, and Uppsala kunskapens stad. In 2018, Osby Municipality acquired the original version of Osby mitt i Göinge, which is also available as a lithograph.

During 2020 and 2021, Gunilla has received a large number of commissions from both private people and companies. Three of her paintings – of Stockholm, Gothenburg and Malmö – were made into jigsaw puzzles by the Egmont publishing company in 2020.

New oil paintings, gouache and graphite works are on display at separate exhibitions at Gunilla’s ateliers in Stockholm, Malmö, Simrishamn and in Rörum in Österlen.

Gunilla Mann has had around 100 separate exhibitions around Sweden. She has also had several well-received exhibitions in many places around the world including Bucharest, Chicago, Seattle, Brussels, Copenhagen, Hamburg and Berlin. In 2010, Gunilla gave an exhibition at the PUB department store entitled “A tribute to Stockholm”.

In the winter, Gunilla works in her atelier at Nytorget 15A on the island of Södermalm in central Stockholm.

In Österlen in southeastern Scania, Gunilla is based in her atelier and permanent exhibition hall in Rörum, where her works are on display in large, light and spacious premises. Here, the season starts every spring with a large Easter exhibition.

Since 2009, there has also been an atelier and permanent exhibition at Banérsgatan in Malmö. There is also a showroom at Narvavägen 7 in Stockholm, where Gunilla also exhibits many of her paintings.

You can also get to know Gunilla’s artwork and visit her webshop at www.gunillamann.se, or contact her personally on +46 70 521 13 78.

You can visit Gunilla Mann’s exhibitions and ateliers at the following places:

Open spring, summer, autumn and Easter, or according to prior agreement.

Open all year round.

Open according to prior agreement.

Here you will find her internet shop, current opening hours, and much more. 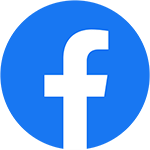 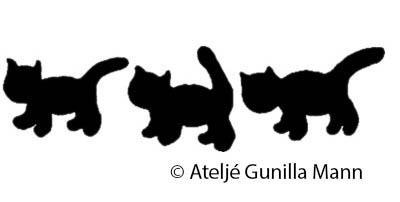